“If at first you don’t succeed, try, try again.” That is what I was taught, and I have found value and strength in that principle. Still, on occasion, I have been told I am exhaustingly relentless. I have also been called, and felt like, a failure…

There is something, I’m not sure what yet, but I sense it there, just out of reach. I am trying desperately to get to it, similar to the way I contort myself from the front seat, trying to pick something up behind me off the floor in the back of my car. I strain and twist, perhaps even with a little grunt, but my fingers can’t quite grasp it. Sometimes I can touch a corner of it, but in trying to nudge it closer, it rolls even farther away. Finally, after several failed attempts, my spine tweaked and muscles protesting, I give up.

I feel like the awkward boy in “The Karate Kid.” I keep trying to master the motions (wax on, wax off…), but I am getting irritated because I can’t quite grasp or visualize how these seemingly redundant and subtle movements are going to make me a champion fighter. While I am thinking about it, I am realizing how prevalent this idea was in these older movies. Even Luke Skywalker, in his training with Yoda, had to learn to stop trying in order to master “the force”.

I heard a story recently about a Buddhist monk who, though he had studied with and followed the Buddha for many years, he remained unenlightened. Upon the Buddha’s death, he spent an entire night trying in passionate earnest to attain enlightenment. Finally, as the sun was coming up, he gave up. The story says that it was in that moment, when he accepted that he could not do anything to reach this state on his own and stopped trying, that he became enlightened.

Here’s my thought for today: if after the first few attempts you don’t succeed, you just might be trying too hard. 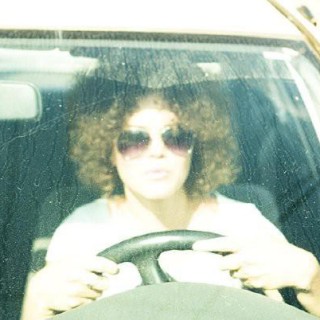 Thinking my thoughts and telling my stories...